Skip to content
Login
BOOK A CALL NOW
We use cookies to ensure that we give you the best experience on our website.
← Back to login

The idea might sound ludicrous that a mere suction cup can improve health and wellness. What’s more astonishing is that this ancient treatment method which sprung up in various ancient cultures, Egyptians, Chinese, Koreans, Tibetan, Greeks, Islam, and Europeans, is still being practiced today. Absurd as it may sound, research on medicinal theories and on the health benefits of cupping or hijama therapy may change your mind. Furthermore, the numerous variations to this ancient wellness-promoting treatment may soon be vindicated by scientific evidence.

What is Cupping Therapy?

Cupping therapy or Hijama cupping therapy is an ancient treatment method for the promotion of overall health and wellness. It involves the application of suction on the skin in specific areas of the body. The placement of the suction cup is crucial because according to hijama practice, a certain area of the body is connected to a certain organ or organ system. According to hijama therapy, the suction cup will draw blood towards the uppermost layer of the skin which may promote health.

Cupping therapy is not to be used as a treatment method for a specific disease. Hijama cupping therapy is for general health promotion and wellness. Despite these, studies were conducted to investigate its health benefits and its potential to treat certain diseases. These studies have claimed that cupping therapy can aid in the removal of excess fluids and toxins, loosen adhesions that revitalizes connective tissues, increase blood flow to skin and muscles, stimulate the peripheral nervous system, improve pain management, improve blood pressure management, and improve immune system functioning.

According to a study, cupping therapy can encourage the production of endogenous opioids within the brain. Due to this, the body experiences a significant level of comfort and relaxation after treatment.

Some studies claim that the main reason why cupping therapy can improve your general health is because of the fact that this treatment methodology is able to remove toxins and waste. Suction applied to the skin can improve circulation in that area which facilitates the removal of toxins and waste. The improvement in circulation also improves endothelial cell repair and hastens the creation and repair of blood vessels. Moreover, cupping allows for the removal of noxious materials from the skin’s interstitial fluid. All of these ultimately lead to the overall improvement of a person’s functional capacity. In other words, the improvement of circulation and removal of toxin that is brought about by hijama therapy can improve a person’s ability to perform day to day tasks.

Cardiovascular diseases and atherosclerosis is often brought about by high levels of Low-Density Lipoproteins (LDL). One study claims that cupping therapy may reduce LDL levels and total cholesterol levels. Aside from that, hijama therapy may also improve the LDL:HDL (high-density lipoprotein) ratio. All of these positive effects on a person’s lipid profile would lead to the improvement of their cardiovascular health and the prevention of atherosclerosis.

A different study offers a different explanation as to why cupping therapy can aid in the prevention of cardiovascular diseases. According to this research paper, in addition to improving blood flow in the skin’s capillaries, wet hijama therapy may also stimulate the autonomic nervous system. The controlled injury that the wet cupping therapy would inflict on the skin may stimulate several hormonal, autonomic, and immune reactions within the sympathetic and parasympathetic nerves. The stimulation of both nerves may lead to improvements in how the body regulates the nerve signals to the heart. With the improvements in the nerve signals to the heart, cupping therapy offers cardio-protective effects to those who would undergo this treatment procedure.

There are researchers who claim that hijama therapy’s ability to improve a person’s overall health is a direct result of its ability to remove toxins. In fact, there are research papers that conducted an in-depth investigation as to why this is so. According to the papers, the suction generated by cupping the skin can dilate the capillary beneath it and release vasodilators such as adenosine, noradrenaline, and histamine. These vasodilators are capable of improving circulation and they are also capable of facilitating the removal of trapped toxins. It is believed that trapped toxins are one of the reasons why a person may feel generally unwell. Due to the fact that cupping may facilitate the removal of trapped toxins, researchers, therefore, concluded that hijama therapy may improve overall wellness.

Oxidative stress has been proposed as one factor that may lead to the development of diabetes. According to a study which was published in Switzerland Research Park Journal, cupping therapy may have a positive effect on a person’s oxidative stress levels which may aid in the prevention of type 2 diabetes.

People would simply be skeptical if they were told that cupping therapy does work. In Chinese alternative medicine, the rationale behind cupping therapy is based on Qi or vital force. According to Chinese medicine, hijama helps to clear up blocked or disrupted qi which returns balance to our vital force. For those accustomed to the western way of scientific thinking, qi is not scientific and therefore basing cupping therapy’s effectiveness on the principle of qi is not enough. With that said, a group of researchers published a study reviewing other studies which aimed to establish a scientific basis for cupping therapy. According to this study, cupping therapy’s pain reduction effect can be attributed to either the Pain Gate Theory, Diffuse Noxious Inhibitory Control Theory, or Reflex Zone Theory. It’s anti-inflammatory effects can be explained by the nitric oxide theory, Activation of Immune System theory for its immunomodulation effects, and blood detoxification theory for its hematological adjustment effects.

The phenomenon of ‘pain inhibiting pain’ may be explained by the Diffuse Noxious Inhibitory Control (DNIC) theory. According to a study published in France, the DNIC is the control system found within the dorsal horn of the spinal cord. This control system filters pain signals going to the brain. When there is more than one pain signal going through this system, it loses focus and the intensity of the pain is diminished. Cupping therapy can be thought of as a therapy that takes advantage of DNIC. Since it introduces a low level of pain, the DNIC cannot focus on a single pain signal and it is therefore diminished in intensity.

Nitric Oxide is a neurotransmitter that is involved in many physiologic processes. They have been found to work within the dorsal horn of the spinal cord. The area of the central nervous system is known as the “pain gate”. Nitric oxide is a neurotransmitter that mediates the pain-reducing effects of analgesic drugs. Cupping therapy may promote the release of the neurotransmitter nitric oxide which leads to better pain management. The way cupping therapy does this is through suction. By applying suction on the capillaries, the nitric oxide present in the endothelial cells of the capillaries is released into the bloodstream.

When the biochemistry of venous blood and cupping blood are compared they turn out to be vastly different. Several studies have shown that blood extracted through wet hijama contains significantly more urea, uric acid, HDL, LDL, serum glutamic oxaloacetic transaminase and iron compared to venous blood. This finding led several researchers to believe that the act of wet cupping can help eliminate harmful components in our blood. Furthermore, this elimination of harmful substances can lead to health promotion. For example, since wet cupping can lead to the removal of uric acid, this treatment methodology may alleviate arthritis symptoms. LDL is an atherosclerotic lipid, in other words, it is the type of fat that encourages the buildup of plaques in our blood vessels. Since wet hijama therapy removes LDL from blood, this treatment methodology may decrease a person’s likelihood of developing blood vessel plaques.

How to Perform Cupping Therapy

Although it is not ideal, cupping therapy can be done at home. This procedure is safe for individuals who don’t have any bleeding or clotting disorders. The most popular do-it-yourself cupping method is the fire cupping method. The materials needed and procedure for fire hijama therapy is detailed below:

The health benefits of hijama therapy are carried over to facial cupping. These health benefits include increased oxygen-rich blood circulation, improved collagen production which strengthens skin and connective tissues, and muscle tension relaxation.

The suction applied to the facial skin during a facial cupping session would loosen adhesions within tissues. This loosening of adhesions would facilitate the drainage of excess fluids and toxins. Moreover, the drainage of toxins, along with the improvement of circulation, leads to the revitalization of connective tissues.

Due to the aforementioned positive effects of facial cupping, it has been reported that the practice of facial hijama can help make the skin look brighter. Moreover, facial cupping may be able to minimize scars, fine lines, and wrinkles. Since the muscles are loosened, the contours of the face would be toned. The removal of toxins and excess fluids would decrease puffiness and improve oil production regulation. Moreover, since circulation in the facial skin is improved, nutrient delivery and cosmetic product absorption is also improved.

As long as the patient doesn’t have any bleeding or clotting disorders, facial cupping is generally safe. Despite that, there have been reports of dizziness, lightheadedness, nausea, and cold sweats in some of the patients. Although not much is known about them, the side effects are very rare.

Cupping Therapy is not advisable for those who have skin conditions and bleeding and clotting disorders. The suction in cupping therapy may irritate a person’s skin which may exacerbate any pre-existing skin conditions. Cupping therapy also dilates the capillary and allows blood to move into the interstitial fluid in between cells. For those who have clotting and bleeding disorders, their condition might lead to excessive leakage of capillary blood.

Besides bloodborne diseases, using non-sterile equipment in performing Wet Cupping Therapy may lead to infections. The inside of the cup would be in contact with the blood for an extended period of time, and the blood would be in contact with the patient’s open wound. If there are bacteria present inside the cup, they could grow and multiply in the nutrient-rich blood and infect the patient’s open wound.

Hijama cupping therapy is an ancient medicinal practice that was adopted by various cultures. Despite being ancient, this therapeutic procedure is still being practiced today in modern traditional medicine. Ancient text may offer mystical explanations as to how hijama therapy brings about its positive effect, scientific studies using modern techniques have been conducted to explain its positive effects. With the available scientific information at present, researchers have claimed that cupping therapy can improve pain control, improve a person’s ability to carry out day-to-day tasks, help prevent cardiovascular disease, facilitate muscle relaxation, facilitate toxin elimination, improve immune regulation, and improve blood sugar management.

We are Wellness Impact, and we focus on helping you empower your life through wellness coaching and education. 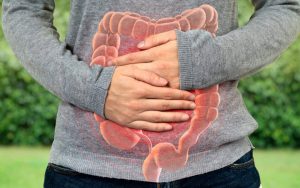 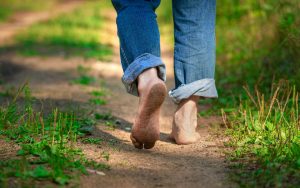 The Power of Earthing 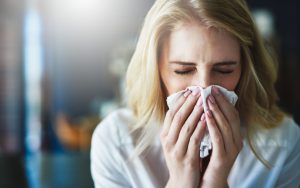 Cold and Flu: What You Need to Know